First hike of the group

Today saw the first hike.  I think that it all went very well.  A half dozen of us braved the early morning to have a good hike before the sun got too hot.  I say early morning, the hike kicked off at nine, and some of us had an hour drive to get there, so early for Sunday. 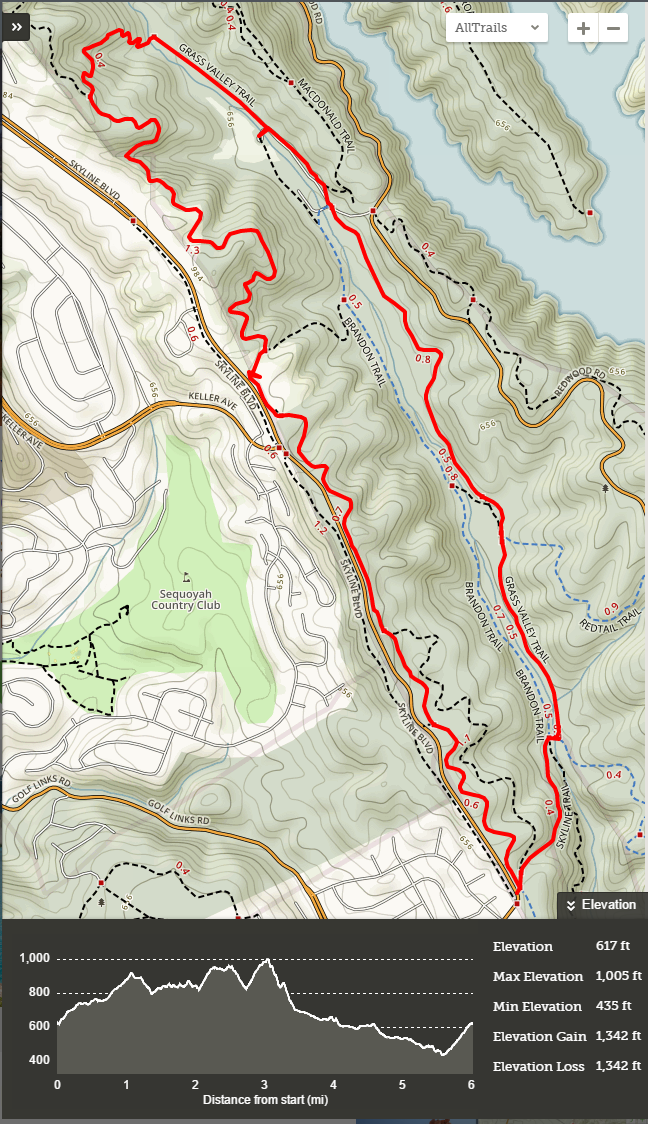 This area is a mix of woodland and grass.  California has two seasons, "green" and "brown".  We are a month into "brown" so the grasslands are a golden yellow, with waist high stalks of dry brittle grass.  Though part of this land is grazing, we saw no cattle.

On the first part of the hike we took advantage of a vista point overlooking the bay.  As always you can see across the bay, but The Peninsula and Marin headland were lost behind a haze, just too much air.  The vista embraces, on the far shore, San Mateo through San Francisco, and on the near shore you can see from downtown Oakland south to San Leandro, with clear views of the Airport and Colosseum.

As we reached the top of the hike we passed the equestrian center where we saw a farrier shoeing a horse.  There was plenty of evidence of equestrian activity on the trail, but we didn't pass any riders. The path here was lined with milkweed and we were treated to a good showing of butterflies.  We also had a good view East overlooking the rest of the park, and saw the edge of San Leandro reservoir. Standing proud above the native trees were the occasional stands of eucalyptus tress with their silvered bark and broccoli like canopy.

Ranch Trail is a fairly sharp drop down to the valley below from the ridge line.  I am very glad we had this as a descent, not an ascent.  We dropped 300ft in half a mile.  Here the trail was less than one person wide, we were pushing through the vegetation, a few thistles, but thankfully no poison oak at this point (we saw some on wider trails).

Grass Valley Trail was pleasant, but uneventful.  Here we made a miss turn.  The trail follows a farm trail for some way, then cuts the corner as a narrow path.  Where the corner is cut was the intersection with the shady trail that should have brought us through the woods.  Actually, we took a rest at the campgrounds (only place on the hike with restrooms) and that was the start of Brandon trail, but we missed the signage for it, so took the road to Grass Valley instead.

Three less active members of our group joined us for the beer, so at 8 people we were the largest party at the brewery today.  The side door was open when we arrived at noon, but they forgot to open the front door until about 12:15, so beware if you are an early arrival.

I can't remember all that was on tap today, but among our party we enjoyed
As for seating.  Since last summer a few shipping containers have been added to surround a very pleasant beer garden (with small dog park).  There are a couple of good shade trees, about 8 tables sitting 6 people each, and two sets couches and easy chairs.  Inside there are still a dozen six seater tables.  And yes still the bean bag toss game.

Still no restaurant, so they had a gourmet food truck parked up.  Mexican fair.  The meat nachos were heavily laden with goodies.  Chicken tender, as was the carne asada and carnitas.  The Tortas were large, uncut and more than the bread could cope with.  All tasty and spicy.

A fun day was had by all with everyone agreeing a second outing should happen, probably on the second of July.  Watch this space.
Posted by Alex at 7:52 PM No comments:

I have spent many a happy hour hiking in the deeply wooded trails of Anthony Chabot Regional park. The park is in the Oakland Hills, touching Oakland, San Leandro and Castro Valley. It is bounded on one side by Skyline Bl and the other by Redwood Rd

For me the trail head a the top of Golf Links Road, at the very start of Skyline is the closest to home and offers a good mix for hot or cold days.  I like to head NW on Goldenrod trail, this is a bit exposed, but offers excellent views of the Bay.  A return path along the shady creekside offers a cooler stretch.  Walking along the creek does mean a bit of a climb back out of the park, from the stone bridge along the not too steep Jackson Grade.

For an East Bay hike, it's pretty good, and though the trail is busy, you are not in the crowds.

Why would a famous San Francisco microbrewery's logo appear on a can purporting to be a Toaster Pastry?  Well, when you get to be a successful microbrewery you can start bottling, or in this case, canning your own beer.  Now for the cries of "but toaster pastry?"  The answer is simple.  Kellogg's, the famous food manufacturer makes a jam filled pastry that you heat up in a toaster. I am not sure where they make them, but about 20 years ago when I first came to CA it was just around the corner from the office I worked at in San Leandro.  That Kellogg's factory became an abandoned plant, and was resurrected as a small business park, and that is where 21st Amendment have their cannery.

Why am I telling you this?  Because they have a tasting room and factory outlet store!  The tasting room is open several days a week, including Saturday and Sunday.  Food is currently supplied by food trucks, gourmet roach coaches, but the ultimate goal is to add a restaurant to the factory.

As I write this we are coming up on the first anniversary of the public opening of the tasting room, so might have some celebratory events on offer soon.

Hey everyone.  My friends and I seem to like beer and or hiking, so my plan is to get some good pairings in the Bay Area of a reasonable hike, and a good beer after.  I want to explore outside my immediate area of the East Bay and get to breweries up around Martinez, out  around Altamont and down as far as Santa Cruz.  This blog will be where I plan things, log reccies and share the results of a hike well hiked, or a beer (or wine) well drunk.

The ultimate goal is to have a hike terminating at the June Lake Brewing Company, and enjoy their most excellent stout. 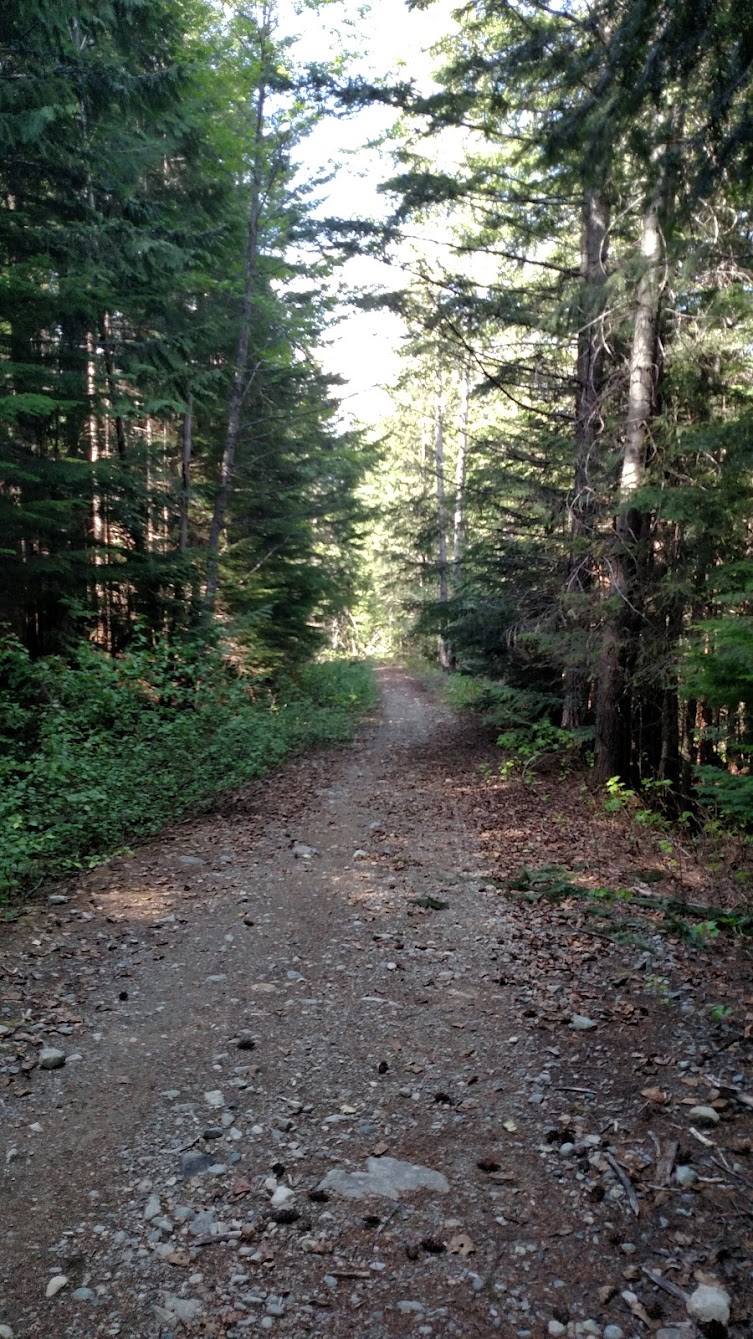 Alex
Me. That's the best description. Bit geeky (I even have 4 blogs). Like Lego, who doesn't. Like chocolate. Always happiest when busy. Never far from a camera